VUTrades > News > NFT fragmentation – New opportunity to split the “NFT pie” for all?

NFT fragmentation – New opportunity to split the “NFT pie” for all? 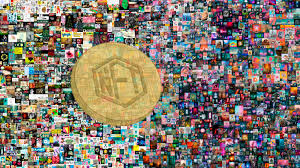 If you also FOMO the NFT segment like the current crypto community does, you’ll discover that NFT collectibles are limited in number and… extremely expensive.NFT fragmentation – New opportunity to split the “NFT pie” for all?

I like CryptoPunk but I’m too “sneaky” because the floor price is up to 60 ETH – as the data in the Top hottest NFT projects in August shows. Want to collect Beeple’s artwork but the quantity is extremely limited.

This is of course an inherent characteristic of NFT – unique, finite, and express ownership. However, this is also a limitation that prevents investors from participating in the NFT market.

Seeing this weakness clearly, the community quickly “invented” a new concept: NFT fragmentation (fractional). Will this open a new game in the current NFT market?

How is NFT fragmented?

The general pattern of NFT fragmentation would be:

These ERC-20 tokens represent owning a share of the native NFT and are tradable.

Thus, it is understandable that if you own 1 Fractional NFT, you basically do not own a unique NFT, but just an ERC-20 token.

The first, easy to see that is easy to sell, easy to liquidate. Liquidity is the top priority of the NFT market.

Second, making pricing easier. ERC-20 tokens are tradable, can be put into the pool for swap. Thus, the demand from the market will help to price the NFT.

The future of NFT fragmentation

As a fairly new concept, NFT fragmentation still has a lot of potential as the NFT segment grows.

Present, fractional.art is the most used fragmentation solution in the community. But this is only for ERC-20 tokens. This is understandable since the current NFT mostly revolves around projects on the Ethereum ecosystem.

However, as NFT increasingly extends to other chains, the solution to fragmentation is similar. It can be predicted that many other fragmented on-chain projects will soon attract attention.

* The article is based on the analysis contained in the group Fomo Sapiens. Join the Fomo Sapiens community to discuss DeFi topics with admin CHK.