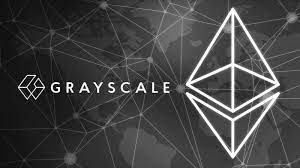 Crypto-asset manager Grayscale has added 13 tokens to those under consideration for investment products, most of which are concerned decentralized finance (DeFi).